In another serendipitous occurrence of the summer, I had been looking for an opportunity to go visit my little brother Blake, who was in the interim summer of his 2 years as a grad student at UC-San Diego.  I was hoping to figure out a way to make a trip, when I found out that my a capella choral piece Song of the Moon won the Meistersingers Prize! The honor of winning was great (not to mention that it came with a none-too-small monetary award—also great) but the Meistersingers are based in southern California, and were going to premiere my work at two concerts in Orange County. Perfect excuse to go hang out with the Blaker, and take him, a former chorister no less!, to the concerts with me.

The luxuriant houses along the Oceanside highway 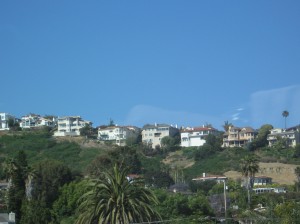 The first concert in Orange County 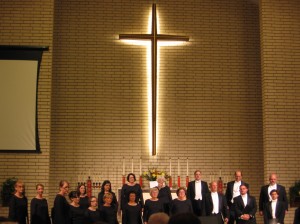 with Brian Dehn, the conductor of the Meistersingers, and a fellow composer who also had a piece on this concert—they did such a great job 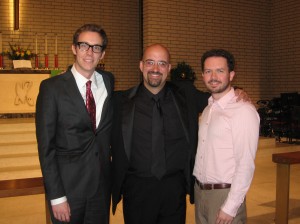 with Brian and Blake at the reception dinner 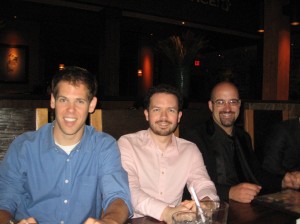 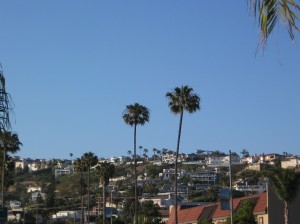 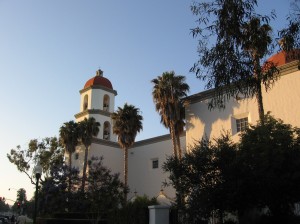 Performance at the Mission Basilica (with their $25 million gold altarpiece from Italy in the background—did I mention there is a fair amount of money in the O.C.?) 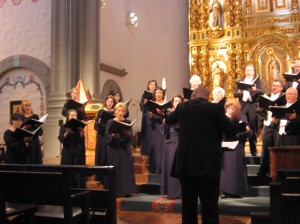 The Mission after the performance 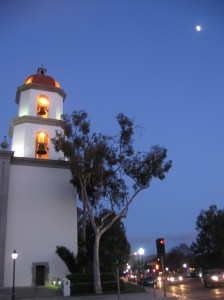 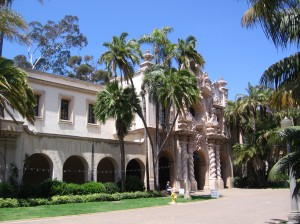 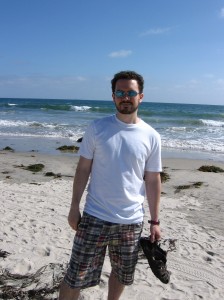 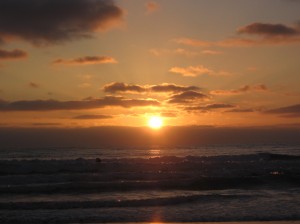